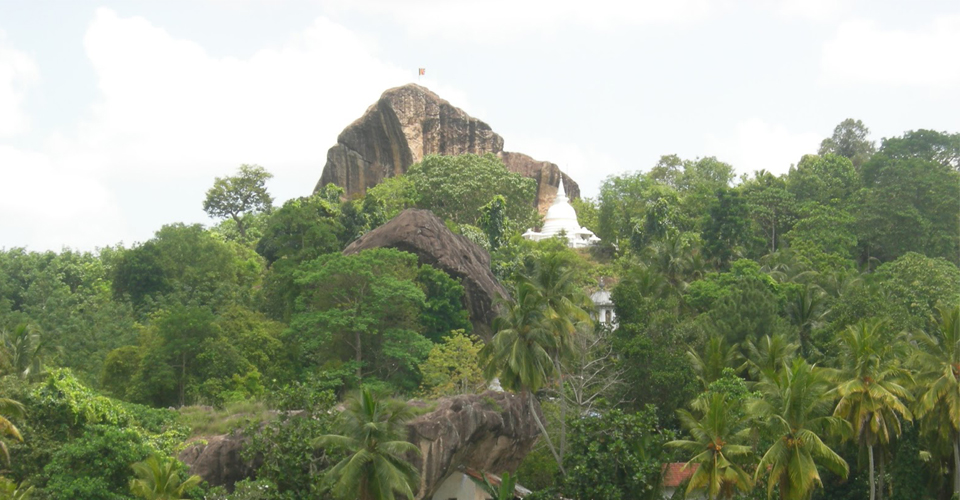 According to archeological factors the history of Warana Raja Maha Viharaya runs to 3-2 century B.C. It is confirmed by the inscription in Brahmi characters found in the premises. In this temple there are many caves with dripledges. Various constructions have come up in the Kotte period, Kandyan period and at later times.

This temple has three sections and the lower section of the rock is known as Diggala with the inscription, has four caves, Awasagey, and the Cave with the Bana preaching hall. In the section in the center Mahaviharaya, Cabe with old paintings, Chetiya, Devalaya and Cave are found, behind and inscriptions is found.

The cave found in the upper sections Watadage in the cave pond, old cave steps on the rock are of historical importants. Sel lipi or cave inscription known as ‘Asoka Aksara’ or Brahmin script has been translated to “The gift of Lord Tissadatta, brother of Lord Majjhimi”. These are said to be from the early Anuradhapura era while the images have resemblance of the Polonnaruwa period. The Dadoba is constructed besides a rocky shelter that does not spoil its visibility from the surrounding countryside.